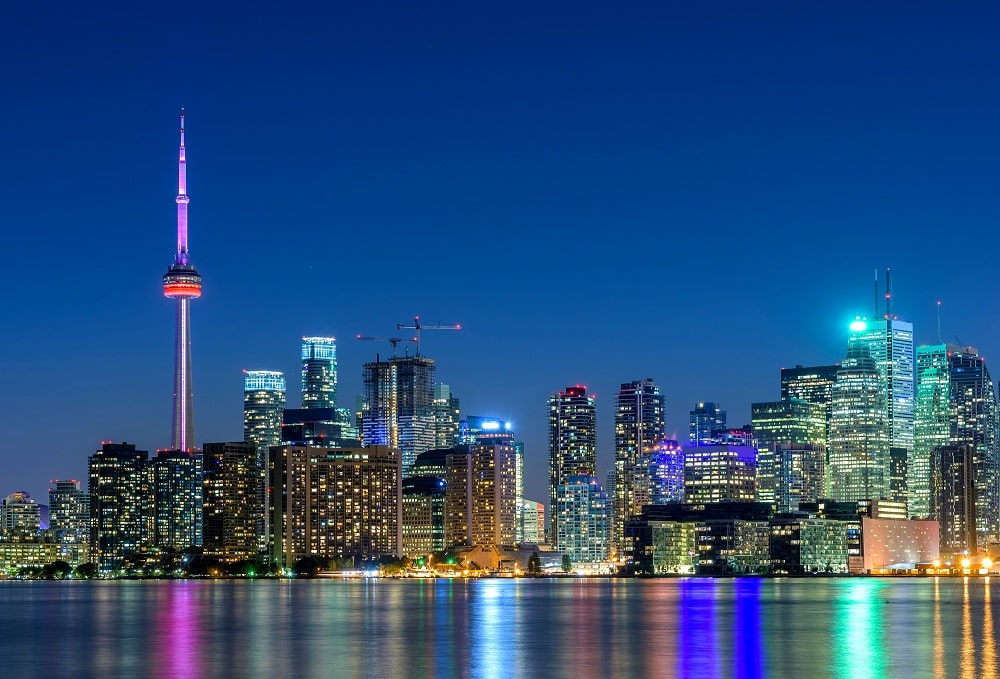 A lawyer in his native Iran, Yazdani has recreated what he had, in a new home

As an immigration lawyer helping young entrepreneurs come to Canada, Afshin Yazdani has lived the opportunity he wants to help provide his clients.

The firm primarily focuses on business immigration and Yazdani says he is increasingly concentrating on start-up visas, to help young entrepreneurs come to Canada.

“What I know from Iran is there is lots of talent, and potentially successful entrepreneurs,” says Yazdani, who immigrated to Canada from Iran. “They don’t have the opportunity to become someone and I’m trying to help them.”

Despite the pandemic sealing the borders and causing a steep drop in Canada’s immigration numbers, Yazdani Law Group had a prosperous year, he says. The firm did not have to seek any loans or COVID relief and even has plans to move into a bigger office. Growth is happening in Yazdani’s personal life, as well. Four months ago, he and his wife welcomed a baby boy into their family.

Yazdani takes a holistic view of an immigration file. He tells his clients not to focus on things like eligibility criteria, visas or immigration status.

“It’s about how to restart, how to become part of community,” he says. “…Focus on yourself, and then figure out, based on this, how I can help. ‘How can I become successful? What should my business plan look like? How can I improve myself?’ So, that’s my strategy.”

“Don’t worry about the immigration status. If you plan to be become someone successful in Canada, automatically, you will get your status.”

With hope and planning, a person can achieve the results they desire, says Yazdani. He is an optimist, a trait he learned from his mother. Though life has not always made it easy to maintain.

Yazdani was born “right on time,” he says; in 1979, the year of Iran’s Islamic Revolution.

He was the youngest child, and his mother and father were separated. The first time he met his father, Yazdani was five years old, and he saw little of him after that. His mother had to work and could not afford a babysitter, so Yazdani took the school-eligibility test as soon as he could, beginning grade one at five years old.

Having not finished high school, Yazdani’s mother struggled to make ends meet all on her own. He would often ask her why she brought him into this world, since his presence only made her life more difficult.

“She used to say, ‘you are a gift from God. And I am very thankful for having you.’”

Yazdani’s mother encouraged him to study, so he could get a university degree and “become someone.” Though she “worked all the time,” she would stay up with him, to keep him company while he studied late into the night.

She taught him to be optimistic and generous, to look forward and not toward the past, and not to look for others to blame.

But she suffered from a heart condition, diabetes and high blood pressure, and died in 2018. Yazdani was unable to visit her since coming to Canada in 2012. Being an immigrant and an immigration lawyer, he did not trust the Iranian government to welcome him.

“I didn’t want to risk go to Iran and then become a target,” Yazdani says. “Because in Iran, they figure anyone who wants to go and immigrate to somewhere else has a political issue with the regime.”

Having benefited from her support, Yazdani was able to reciprocate. He entered law school at 17, became a lawyer at 24 and began financially supporting his mother and older brother. On top of his legal practice, he also taught at Islamic Azad University, in Tehran and Zanjan.

After meeting his wife, Tina, the couple moved to Dubai, in the United Arab Emirates. Fifty per cent of Iranian law is Sharia, which requires a proficiency in Arabic, so Yazdani knew the language. He worked as a legal consultant, working for international traders, businessmen and investors, primarily in real estate. He also taught at the Dubai branch of Islamic Azad University.

At the age of 34, Yazdani and his wife decided to move to Canada, immigrating through the Quebec skilled worker program.

“When we landed as immigrants in Canada, believe me, or not, it was very peaceful moment for me,” he says. “… I knew I would be – I will become a Canadian and a Canadian lawyer. That was my agenda. First, become a Canadian, so I can become a lawyer in Canada.”

Both Yazdanis were trained professionals back home. Tina is an architect. Before they could carry on their expertise in their new home, the road to accreditation would be onerous. In the meantime, Yazdani figured he could get a head start building a presence in the immigration law market if he became an immigration consultant. Tina struggled to find a mentor in Montreal, under whom to complete the internship that was required for her to work as an architect in Canada. They packed up and moved to Vancouver.

On the west coast, Yazdani got approved as a notary public. But soon after, he was accepted to an LLM program at Osgoode Hall Law School. In their short time in the country, the Yazdanis were covering significant ground.

“So, from 2012 to 2015, we lived in three provinces in Canada. I got three driver licenses, three health cards and six different addresses,” he says.

From 2016 to 2018, Yazdani studied and worked as an immigration consultant for a consultancy in Brampton. Then he attended the Ryerson University Law Practice Program. After earning a Masters degree and a certification of qualification from the National Committee of Accreditation, Yazdani was called to the Ontario bar in 2019. He is also a certified notary public and arbitrator with the Toronto Commercial Arbitration Society. Likewise, Tina has completed the accreditation process and now works as an architect.

Having achieved, in Canada, the financial stability and career success that Yazdani had in Iran, he is focused on helping those back home. Section 11 of the United Nations International Covenant on Civil and Political Rights prohibits a person’s imprisonment “merely on the ground of inability to fulfill a contractual obligation.” But in Iran, people are routinely jailed for failure to pay debts. Yazdani says he recently freed eight prisoners, “all of them family men,” he says. He also devotes time to pro-bono and refugee work.